How did South Korea ’s Yugou meet the first stage of the “Strike Korean” strategy to avoid changing from a “hundred-year wizard” to a “hundred-year-old bear”?

How many steps does it take to fire South Korea?

On January 17, the Taiwan Election Authority confirmed that the number of proposers in the removal case was 29,098, and the number of eligible documents was 28,560, which has reached the number of legal proposers (according to law). The proposed number should be more than 22,814), which means that the green camp flank group launched the removal of Kaohsiung mayor Han Yu will enter the second stage-removal of joint signing.

In this 2020 Taiwan election, Tsai Ing-wen received 8.17 million votes, of which 1 in 8 votes was cast by her Kaohsiung people. According to the latest poll conducted by Taiwan TVBS on the 15th, 53% of Kaohsiung people support the removal of South Korea ’s Yu, and only 32% do not support it. It seems that the second phase of the removal case has a good chance of success. 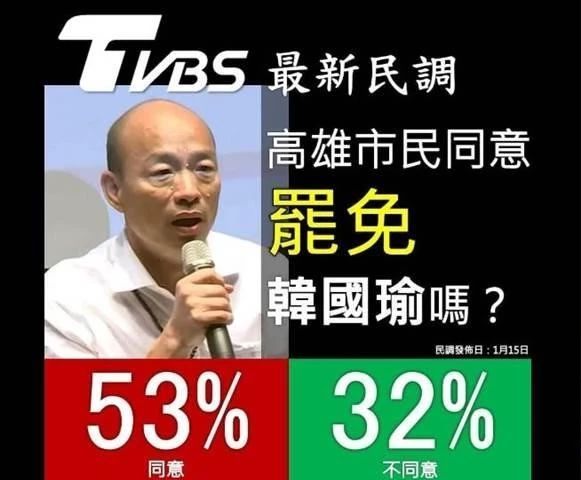 Regardless of whether or not the green camp is inflaming, South Korea's Yu decided to run for 2020 just a few months after being elected as the mayor of Kaohsiung. It seems that it has not been recognized by most Kaohsiung citizens. Once the removal case takes effect, for South Korea ’s Yu, he will become the first elected county mayor in Taiwan ’s electoral history, and the “hundred-year” miracle of “overturning Kaohsiung” and “one person saves the whole party” in Taiwan ’s political history. The "Wizards" became "hundred-year-old bears" abandoned by voters in a year and a half.

Once South Korea ’s Yu is fired, it may be difficult for the Kuomintang to retrieve it in Taiwan ’s most important “recovery base”.

Both South Korean Yu and the Kuomintang cannot lose the pressure of Kaohsiung, so what about the DPP?

The DPP's feelings for the dismissal of South Korea ’s Yu seem a bit “complicated”. For some people in the green camp, completely removing the "blue root" from "South Taiwan" is an eye-catching problem, which can eliminate the big troubles in the heart and avoid long dreams in the future. But for another branch, they identified South Korea as a "grass bag", so they need to continue to stay in the Kaohsiung mayor's seat to "outsource" to help transfer the pressure of the gradual decline of green camp polls. After all, the DPP's polls and votes in the 2020 elections have reached their peak, and they can only turn around.

Taipei Mayor Ke Wenzhe also said in an exclusive interview that although the DPP would push "strike South Korea", it would not go all out to "not necessarily kill him." Ke Wenzhe also gave an example that there was an enemy sniper 200 meters ahead. The recruits wondered why he would not be killed, and the veteran told the recruits, "It would be more troublesome to change to a good gun." 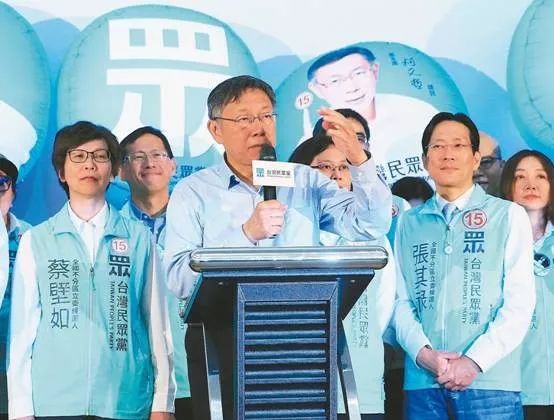 Although the green camp mentality is subtle, for South Korean Yu, to avoid changing from a "hundred-year wizard" to a "hundred-year-old bear", the only thing he has to do is "serious, serious, re-serious", "invest, invest, re-invest", change His "grass bag" image in the hearts of Kaohsiung people.

According to Taiwan ’s “China Times” reported on the 18th, “WeCare Kaohsiung” and other groups initiated the removal of the mayor of Kaohsiung Korea Yu. At present, the first stage of the removal process has reached the standard, but the Kaohsiung city government estimates that if the “Korean strike” is established, Voting costs more than NT $ 80 million. Kaohsiung City Election Commission Chairman and Deputy Mayor Chen Xiongwen stated that the city government currently does not have this budget. The second reserve is life-saving money, which should be used to protect the safety of citizens. South Korea ", then the government may only be able to borrow. Kaohsiung Mayor Korea Yu runs for 2020 Taiwan leader ...

Mayor of Kaohsiung, South Korea. (Image source: Taiwan's United Daily News) Kaohsiung Mayor Han Yu faced pressure to leave the country after losing the taiwanese leader in 2020. Anti-Korean groups on the island have previously launched the demotion of South Korea ’s Yu. According to Taiwan ’s United Daily News, the relevant person in charge of the Taiwan election agency said on the 17th that the number of Kaohsiung mayoral elections in 2018 was 2.281,338. As required ...

Ke Wenzhe. (Image source: "China Times Newspaper" in Taiwan) According to Taiwan "China Times Newspaper", Taiwan's senior media person Wei An believes that Taipei Mayor Ke Wenzhe will definitely support South Korea ’s Yu not be fired, otherwise he will become a democratic The party's main enemy is also having a hard time. Ke Wenzhe said that this is the typical conspiracy theory, and everything has to do with politics. In a Facebook post, Wei An claimed that Ke Wenzhe would definitely support South Korea ’s Yu not be fired. He believes that if Ke remains the main enemy of the DPP, the days ...

According to Taiwan ’s “China Times”, the Lunar New Year is coming. The Kaohsiung City Police Department will cooperate with the Spring Festival in 2020 to strengthen the safety maintenance of important festivals (Chun'an) for 15 days. The mayor of Kaohsiung, South Korea, ran 6 police stations and the help team in the evening to pay tribute to the hard-working police and civil defense groups on the front line, and distributed red envelopes to congratulate them. Han Yu mentioned that it is important for the police and the people to cooperate and watch and help each other. "Our own city and our own love" make Kaohsiung more harmonious and beautiful. According to reports, South Korea ’s Yu stressed that the importance of civil defense and the ...